Oct. 9, 2018: The HPISD Board of Trustees receives an update on plans for a new Hyer Elementary School.

Video from Hyer Neighborhood meeting held on May 7, 2018.

Submit your suggestions for the new Hyer elementary school at the following link: http://www.hpisd.org/suggestionform/

Documents and presentations related to facilities updates from the November 2015 bond election will be posted on this page as they become available.

UP Elementary Construction Update - as of January 25, 2018 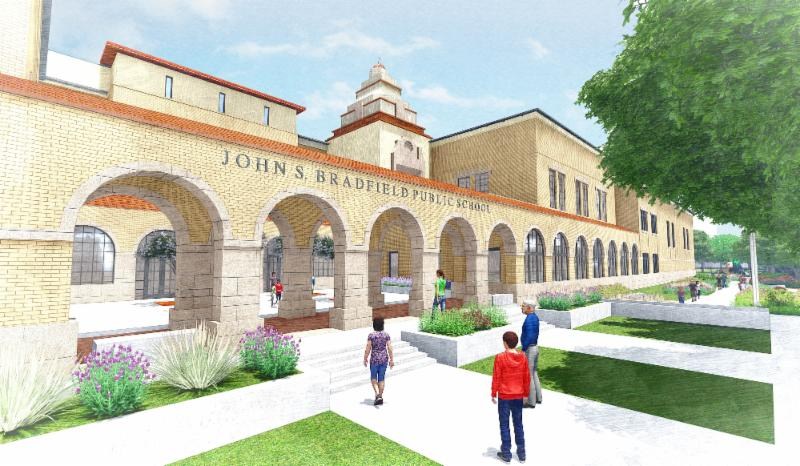 After months of meetings to gather input from parent groups and neighbors, designs for the new Bradfield Elementary are beginning to take shape. The school is on schedule to be rebuilt during the 2018-19 school year.

The new school will feature larger classrooms, flexible learning spaces and appropriately-sized core spaces, including the library, cafeteria and gymnasium. Additional design objectives include:
During the September meeting, the Highland Park ISD Board of Trustees received this presentation about the plans for Bradfield from Stantec Principal Architect Jonathan Aldis:

Cost Summary of Construction Projects - as of August 31, 2018