What is the Lone Star Cup and why is it significant?

The Lone Star Cup from the University Interscholastic League (UIL) annually recognizes six high schools, one in each of the six UIL classifications (1A, 2A, 3A, 4A, 5A and 6A), based on their overall team achievement in UIL-sanctioned academic, athletic and music championships. Highland Park High School, which won the 2021 5A Lone Star Cup has earned this prestigious award recognizing overall school achievement 12 times, more times than any other school in UIL history. 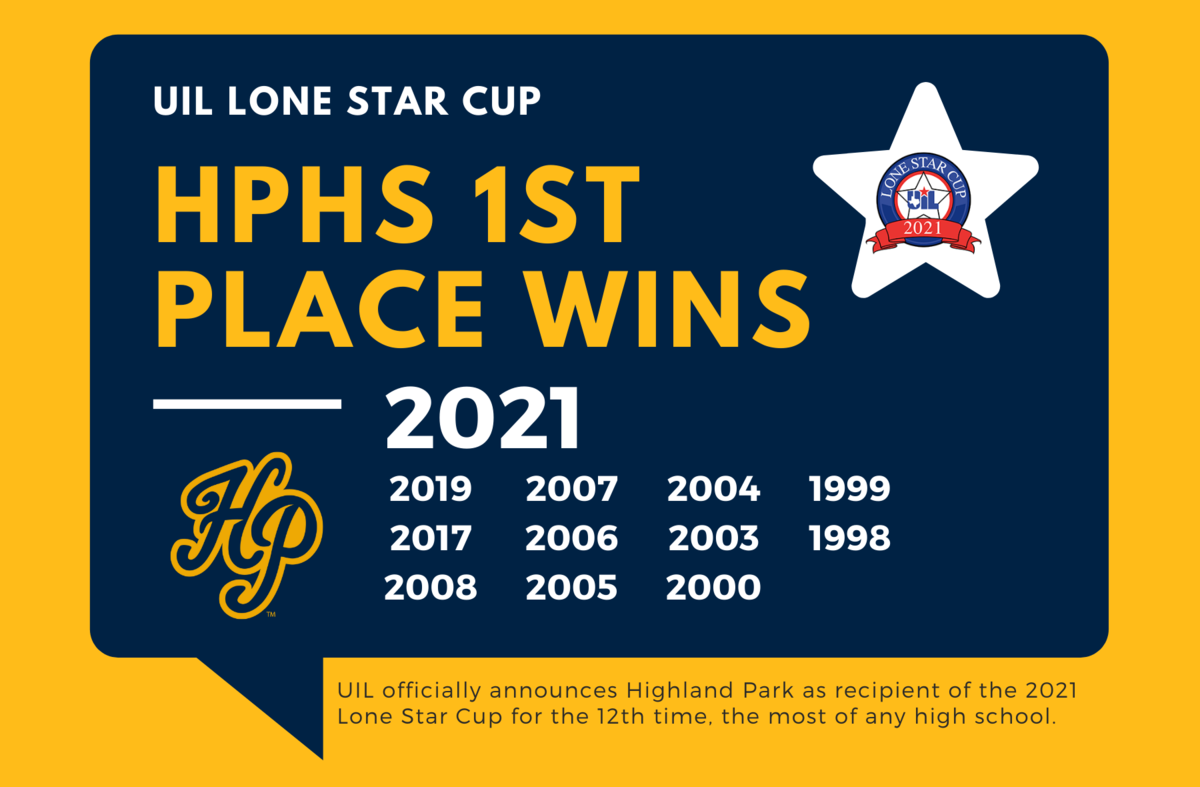 Since the inception of the award in 1997-98, the Scots have consistently been ranked as a top-performing school in UIL academic, athletic and music competitions. The Lone Star Cup was not awarded in 2020 due to the statewide cancellation of UIL spring sports, but HPHS was in first place at the time of the cancellation.

In addition to earning the 12th overall title in 2021, HPISD has finished either first or second 19 times in the 24-year history of the Cup. Continuing to perform at such high levels is a true reflection of HPISD's tradition of excellence in all areas.