For decades, HPISD students have outscored state and national peers on the ACT exam but the gap is now widening. In 2003, for instance, HPISD students scored 4.2 points higher than their national peers and nearly 5 points higher than students throughout the state of Texas. In 2015, HPISD scores outperformed their national and state peers by 6.4 and 6.5 points respectively. In 2021, that gap grew yet again to more than a 7 point difference. 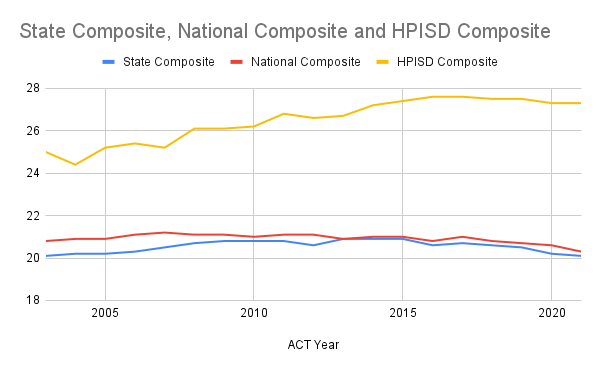 The same trend can be seen in SAT scores. Since 2005, HPISD students have scored 200-300 points higher than other students nationally and in the state of Texas. In 2021, HPISD’s composite score was 1296, compared to the national average of 1060 and the state average of 1003. Compared to peers, a greater percentage of HPISD graduating seniors in the class of 2021 who took the SAT at any point during high school met college-ready benchmarks. Ninety (90) percent of HPISD students are college-ready compared to 35 percent of Texas students and 46 percent across the nation. 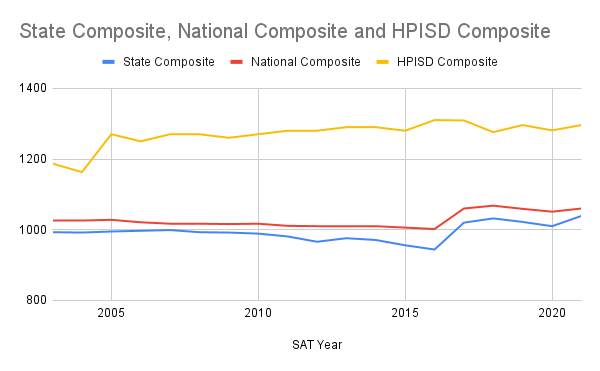 HPISD students are also reaching new heights on Advanced Placement exam results. In May 2021, 1,248 Highland Park High School students completed 3,189 AP exams. The percentage of graduating seniors in the class of 2021 who scored a 3 or higher on at least one AP exam during high school increased in HPISD from 78 percent in 2020 to 84 percent in 2021.

As part of the AP exam results, the College Board has also acknowledged that HPISD has the following: