How Funds Will Be Used

Approval of the election is projected to generate a net total of $3.6 million that would be used solely to increase staff compensation in HPISD.

Currently, HPISD’s average teacher salary is 24th out of 25 comparison districts in North Texas and will likely fall further behind for the coming year. The vast majority of other staff positions in HPISD are also near the bottom compared to nearby districts.

The state’s school funding formula, which causes approximately 66 cents of every local property tax dollar to be recaptured by the state, has historically made it difficult to provide increases in compensation at the same pace as other North Texas school districts. Changes to the funding formula, per House Bill 3 in 2019, have made it even more difficult.

Feedback following recent hiring efforts indicates that compensation is the number one reason applicants decline job offers from HPISD, making it more difficult to fill vacancies. In addition, 59% of 2020-21 resignations cited compensation as a reason.

During a survey of district parents conducted in June 2021, attracting and retaining quality teachers was listed as the second most important issue facing the district (preparing students for college and careers was #1). 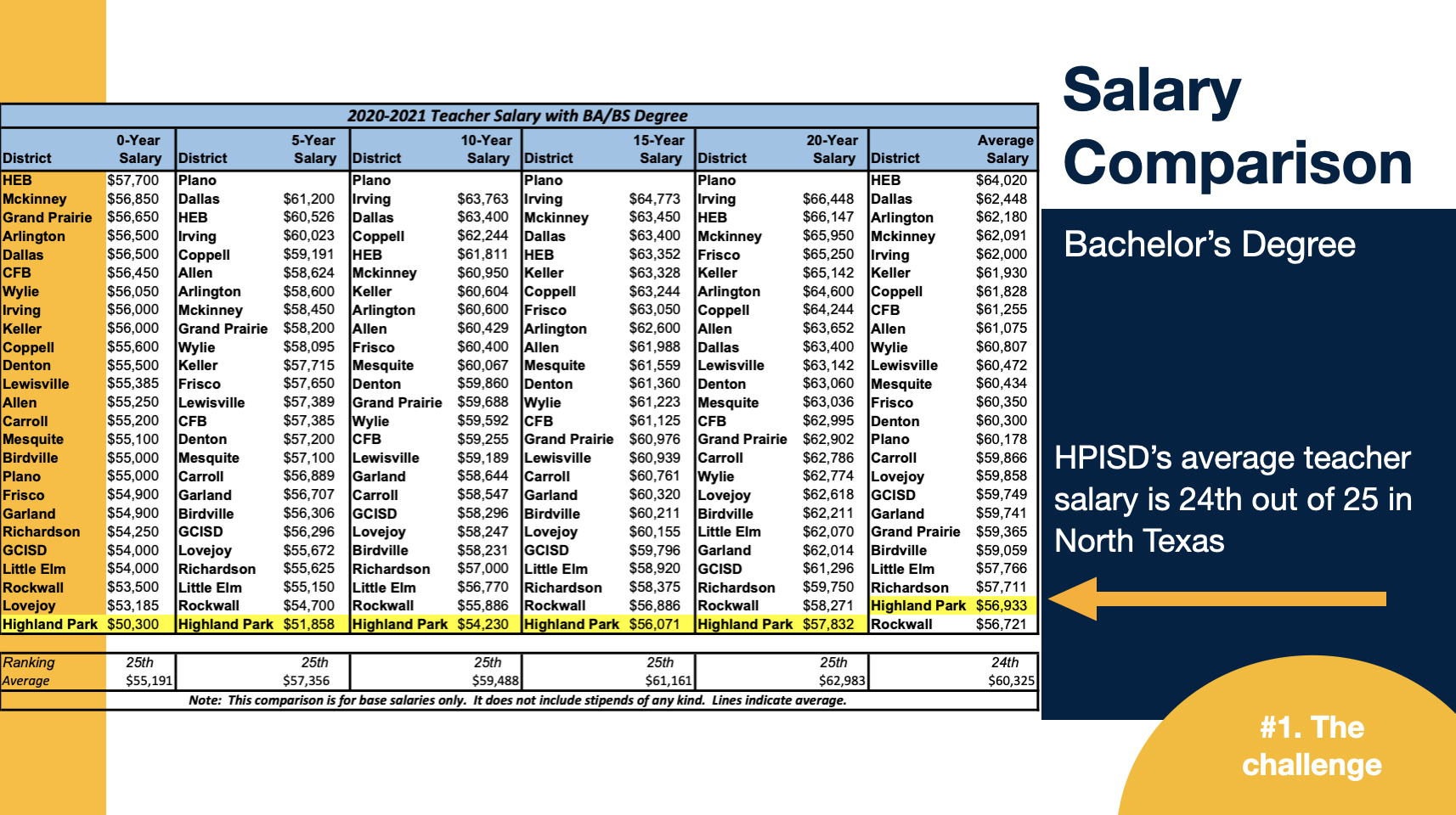 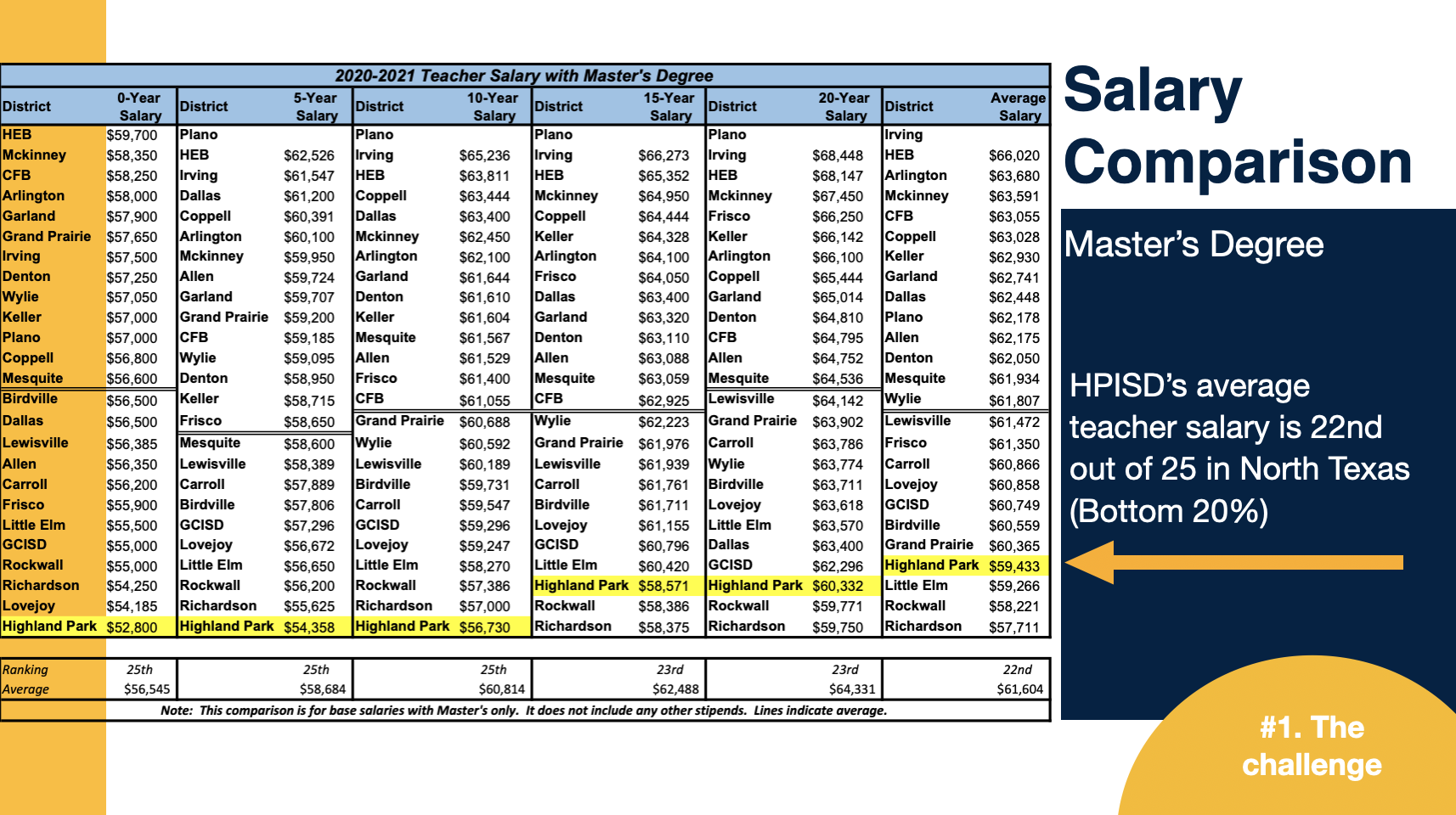 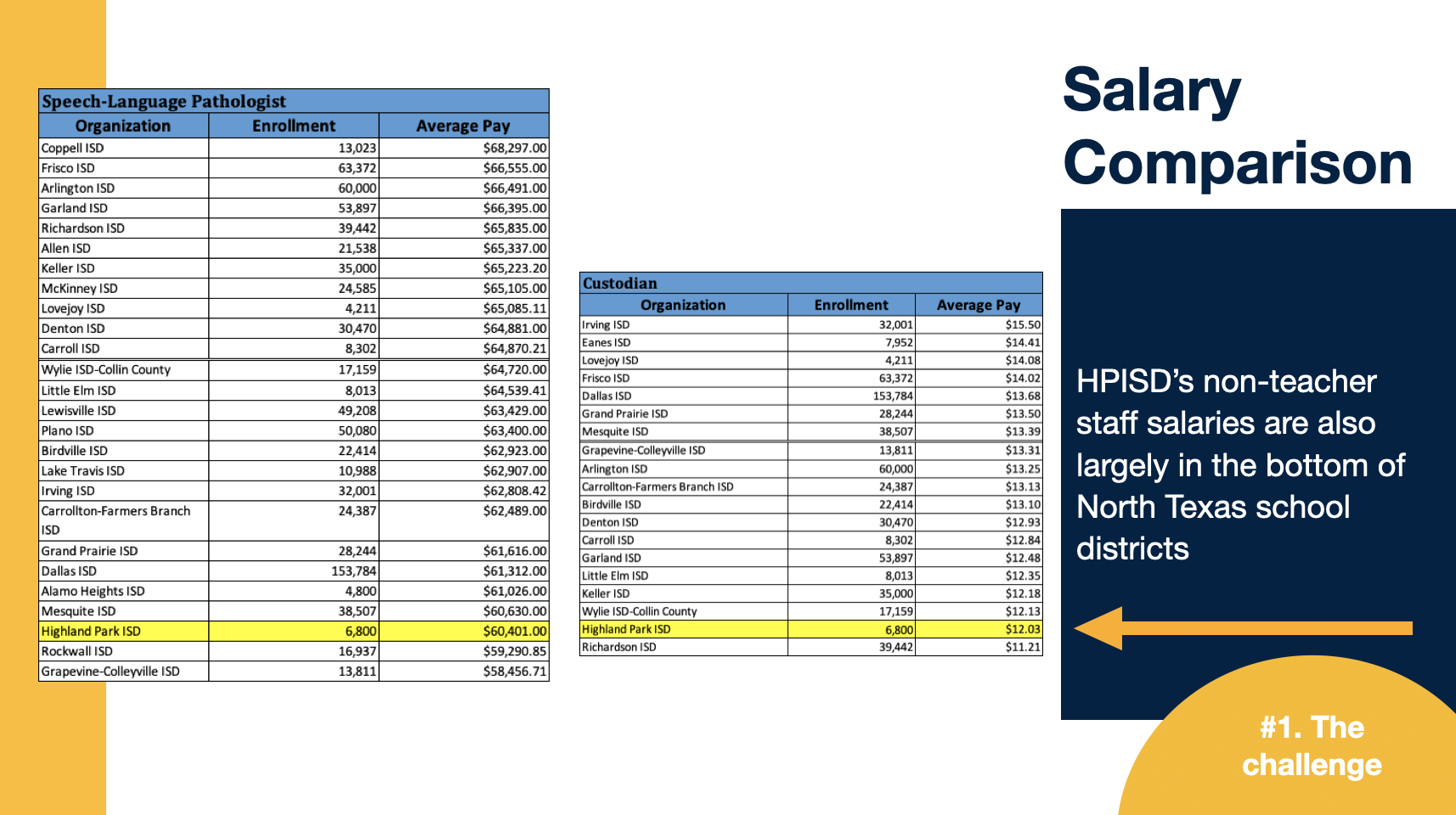