HB 3 committed more state-level funding to education and, in turn, was able to compress local property tax rates throughout the state, including in HPISD. This chart shows how the HPISD tax rate decreased 7 pennies (per $100 of taxable value) from 2018 to 2019. The HPISD tax rate decreased another 1.36 pennies in 2020. During the 2021-22 school year, the tax rate is scheduled to decrease another 6.1 cents. Approval of the 4 golden pennies would still decrease the tax rate. However, the decrease would be by 2.1 cents (instead of 6.1 cents) to $1.1310, which would be the lowest tax rate in 5 years. 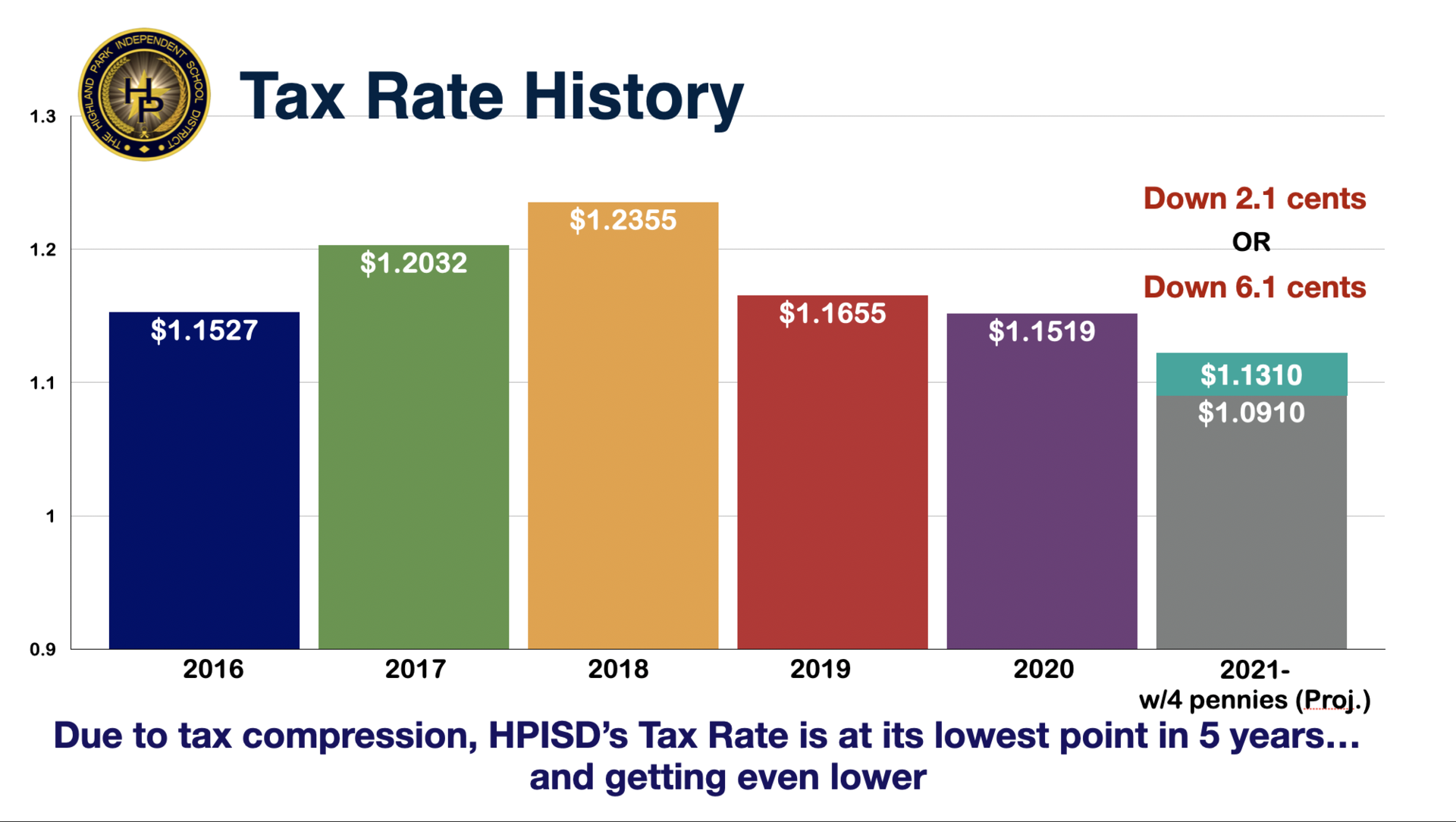 In comparison to 25 North Texas school districts, HPISD has the lowest tax rate and was on average 21 cents lower. 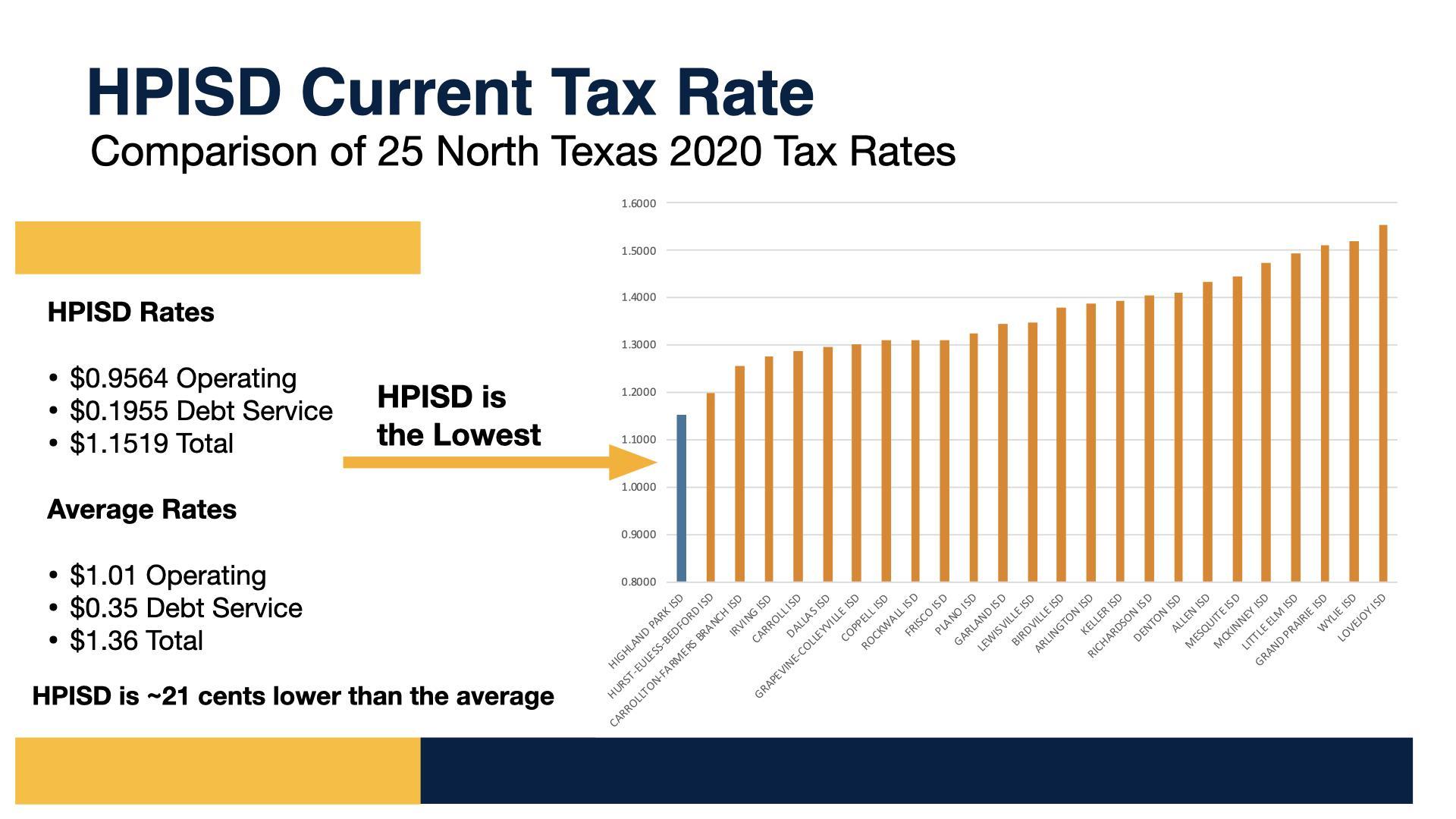 The election, called a Voter-Approval Tax Rate Election or VATRE, would authorize the use of 4 “golden pennies”, which are not subject to the state’s Recapture formula, from the tax rate.
The difference in taxes between the two options (2.1 cent decrease vs. 6.1 cent decrease) is projected to be $310 annually (less than $26 per month) on a home with a taxable value of $1 million. Property owners 65 and older, who have a homestead tax ceiling, would experience no change to their taxes due to the election.

The above table shows estimates for the impact on property taxes on homes valued at $1 million, $2 million and $5 million respectively.