The state’s school funding formula, which causes approximately 66 cents of every local property tax dollar in HPISD to be recaptured by the state, has historically made it difficult to provide increases in staff compensation at the same pace as other North Texas school districts.

Since 1992, HPISD has returned $1.8 billion to the state in recapture payments. 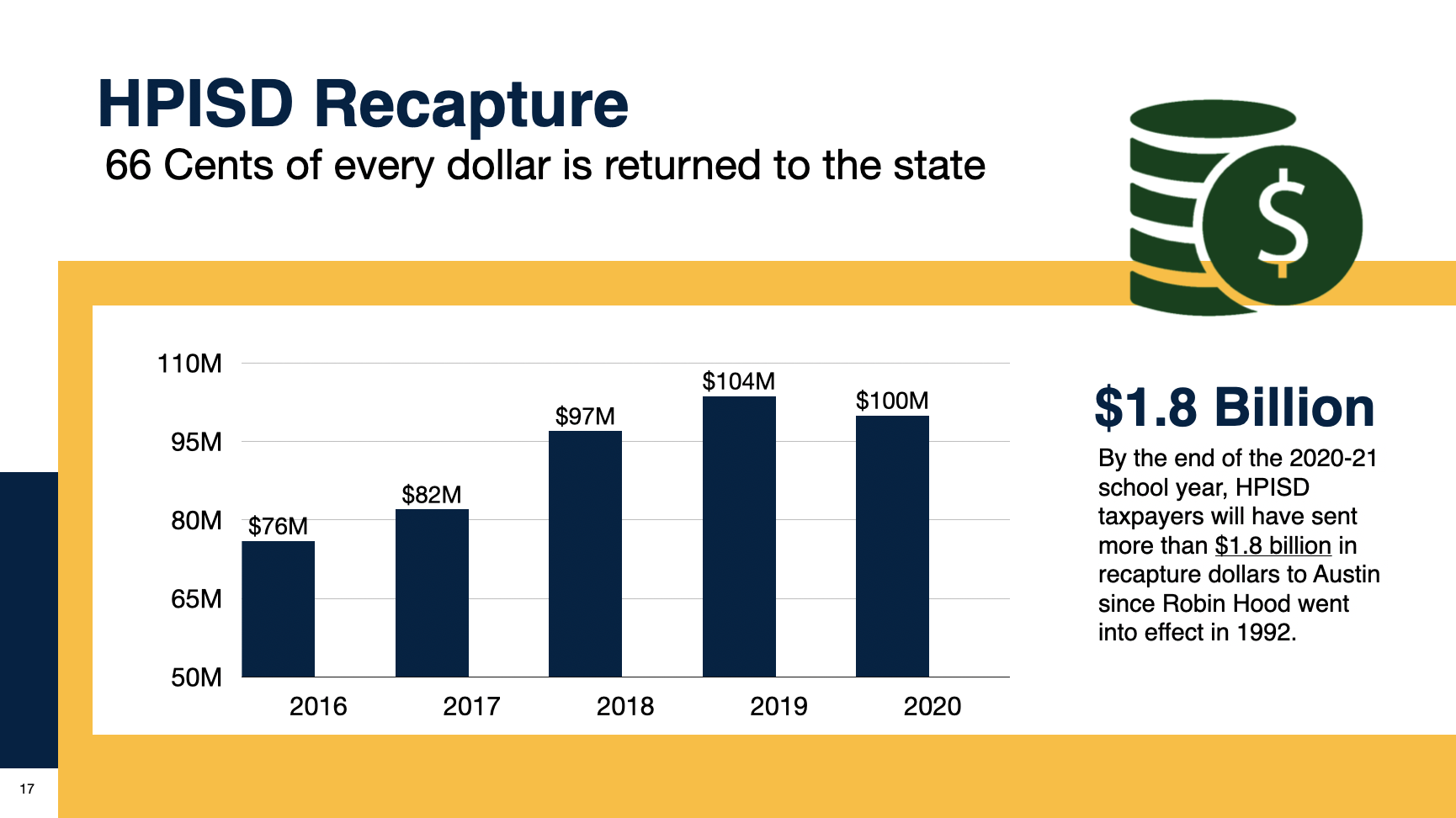 In 2019, a landmark school funding law (House Bill 3, "HB 3") passed by the Texas Legislature in 2019 provided more state-level funding for education statewide, which allowed property tax rates to be lowered through compression. While the vast majority of school districts received more funding from the per student allocation than they had prior to HB3, HPISD received less as a percentage.

Because of this funding disparity, HPISD did receive a temporary five-year transition grant that will end after the 2023-24 school year. While the grant has been helpful, it has not been enough for HPISD to be able to keep pace with the increases in staff compensation that other North Texas districts have been able to offer. Once HPISD loses this $3 million transition grant after 2023-2024, the funding disparity will be even greater, and HPISD staff compensation most likely will fall further behind.