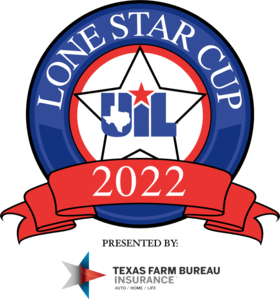 The University Interscholastic League (UIL) posted final point totals indicating that Highland Park High School will be awarded the 2022 5A Lone Star Cup for the 13th time, the most of any high school in Texas, for achievements in academics, fine arts and athletics.
When results are made official on July 1 following a two-week window to allow for any protests over earned points, this will mark the 13th - as well as the third consecutive - time HP has earned this prestigious award recognizing overall school achievement, more times than any other high school in the state of Texas.
"The Lone Star Cup recognizes extraordinary achievement in academics, fine arts and athletics," HPISD Superintendent Dr. Tom Trigg said. "It represents what we strive for in HPISD - excellence in all areas of our students' educational journey. I know our community takes great pride in the consistently high level of achievement demonstrated by our students, teachers, directors and coaches and celebrates their winning the Lone Star Cup for an unprecedented 13th time."
The Lone Star Cup recognizes six high schools, one in each of the six UIL classifications (1A, 2A, 3A, 4A, 5A and 6A), based on their overall team achievement in UIL-sanctioned academic, athletic and music championships. The winning school in each classification receives the UIL Lone Star Cup trophy, to be presented in the fall, and a $1,000 scholarship.
Since the inception of the award in 1997-98, the Scots have brought home the Lone Star Cup thirteen times. Previous Lone Star Cups awarded to HPHS were in 1998, 1999, 2000, 2003, 2004, 2005, 2006, 2007, 2008, 2017, 2019 and 2021. The Lone Star Cup was not awarded in 2020 due to the statewide cancellation of UIL spring sports, but HP was in first place at the time of the cancellation.
"Winning three consecutive Lone Star Cups exemplifies the level of dedication to excellence our students demonstrate daily in the classroom and while performing in the arts or competing on the field," Highland Park High School Principal Jeremy Gilbert said. "The unyielding commitment demonstrated on a regular basis by our students, teachers, directors and coaches is the not-so-secret recipe to our continued success. The Scots will always find a way to be competitive and it pleases me to see the hard work of so many result in this distinguished award. This Lone Star Cup three-peat is another chapter in our school’s storied history."
"We celebrate our students and staff for an outstanding job," Highland Park ISD Athletic Director Johnny Ringo said. "This is an award earned by the entire school. In addition to earning the 13th overall title, it is the 20th time in the 25-year history of the Cup that the Scots have finished first or second. Continuing to perform at such high levels is a true reflection of HPISD's tradition of excellence in all areas."
Go Scots!