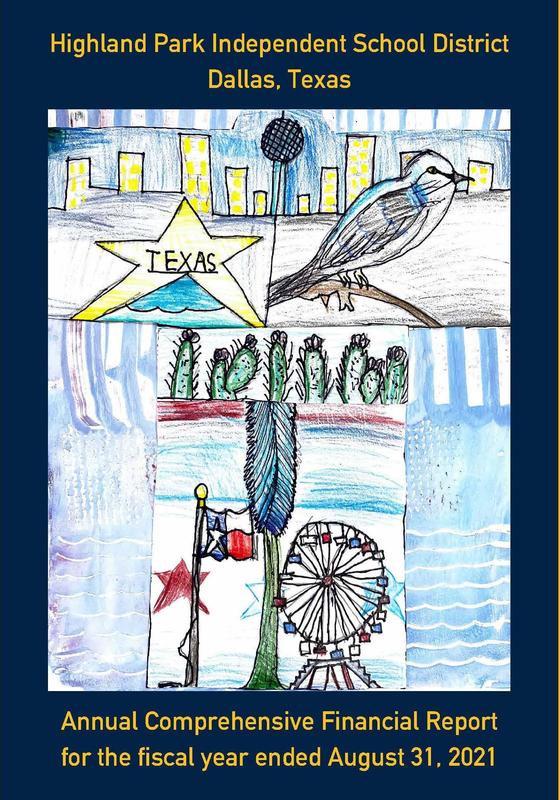 The HPISD Board of Trustees accepted the final financial audit report during its Jan. 18 regular meeting that found no material weaknesses.
The Highland Park Independent School District has received, yet again, another clean financial audit for the previous school year (2020-21) from its external auditor, Weaver and Tidwell, L.L.P. The firm presented its findings to the HPISD Finance Committee last week and the Board of Trustees accepted the final report during its Jan. 18 regular meeting on Tuesday. The audit of the district's finances, which include construction projects as a result of the 2015 bond election, from the 2020-21 school year found no material weaknesses, findings or significant audit adjustments and showed that the district remains in compliance with all reporting requirements.
"A clean external audit from a respected firm such as Weaver represents a clean bill of health for HPISD's financial operations," Finance Committee Chair Edward Herring said. "Managing HPISD's operating budget of more than $67 million takes considerable expertise, discipline and diligence, and the district is fortunate to have a solid team in its Business Services operations that has instituted strong financial controls."
Texas school districts are required by law to have an external audit conducted of their financial practices. Weaver's audit was performed in accordance with Generally Accepted Auditing Standards, Generally Accepted Government Auditing Standards and the Single Act and Title 2 U.S. Code of Federal Regulations (CFR) Part 200. The audit procedures included planning and risk assessment, as well as a review of accounting controls.
As noted in the audit, HPISD also received certificates of excellence in financial reporting from the Association of School Business Officials (ASBO) and the Government Finance Officers Association (GFOA).
Audit highlights also include the addition of $240,000 to the district's fund balance for a total of $24.7 million in reserves, which equates to approximately four months of operational expenditures. The state of Texas recommends school districts to have at least three months of anticipated expenditures held in reserve. The 2020-2021 fiscal year budget shows HPISD’s actual General Fund operating revenue of $67 million after sending $105 million in recapture back to the state.
The full audit is available here.