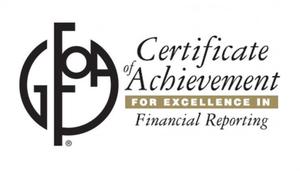 HPISD has received an “A – Superior Achievement” rating from the Texas Education Agency on the state's school financial accountability rating system, known as the School Financial Integrity Rating System of Texas or FIRST. The rating system examines the quality of a school district’s financial management practices and the “Superior Achievement” is the state’s highest rating that a district can receive, demonstrating HPISD’s fiscal stewardship, transparent practices and strong financial reporting systems.

The district's Schools FIRST rating is based upon an analysis of staff and student data reported for the 2019-20 school year, and budgetary and actual financial data for the 2020 fiscal year ending Aug. 31, 2020.

Schools FIRST is a financial accountability system for Texas school districts developed by the Texas Education Agency in response to Senate Bill 875 of the 76th Texas Legislature in 1999 and amendments under House Bill 5, 83rd Texas Legislature, Regular Session 2013. The primary goal of Schools FIRST is to achieve quality performance in the management of school districts' financial resources, a goal made more significant due to the complexity of accounting associated with Texas' school finance system.

Last month the district received the Certificate of Excellence in financial reporting for the 2019 Comprehensive Annual Finance Report (CAFR). Awarded by the Association of School Business Officials (ASBO) International, the Certificate of Excellence recognizes districts that have met the program’s high standards for financial reporting and transparency. The award is considered the gold standard in CAFR reporting. HPISD has earned this top financial designation for the past 24 consecutive years for producing a CAFR report that goes beyond the minimums established by the National Council on Governmental Accounting standards.

“The Certificate of Excellence represents a significant achievement and reflects our commitment to transparent, high-quality financial reporting,” said HPISD trustee and district finance committee member Edward Herring. “Assistant Superintendent for Business Services Mike White and his entire team are to be commended for the work they do to maximize every dollar for every student, every day.”