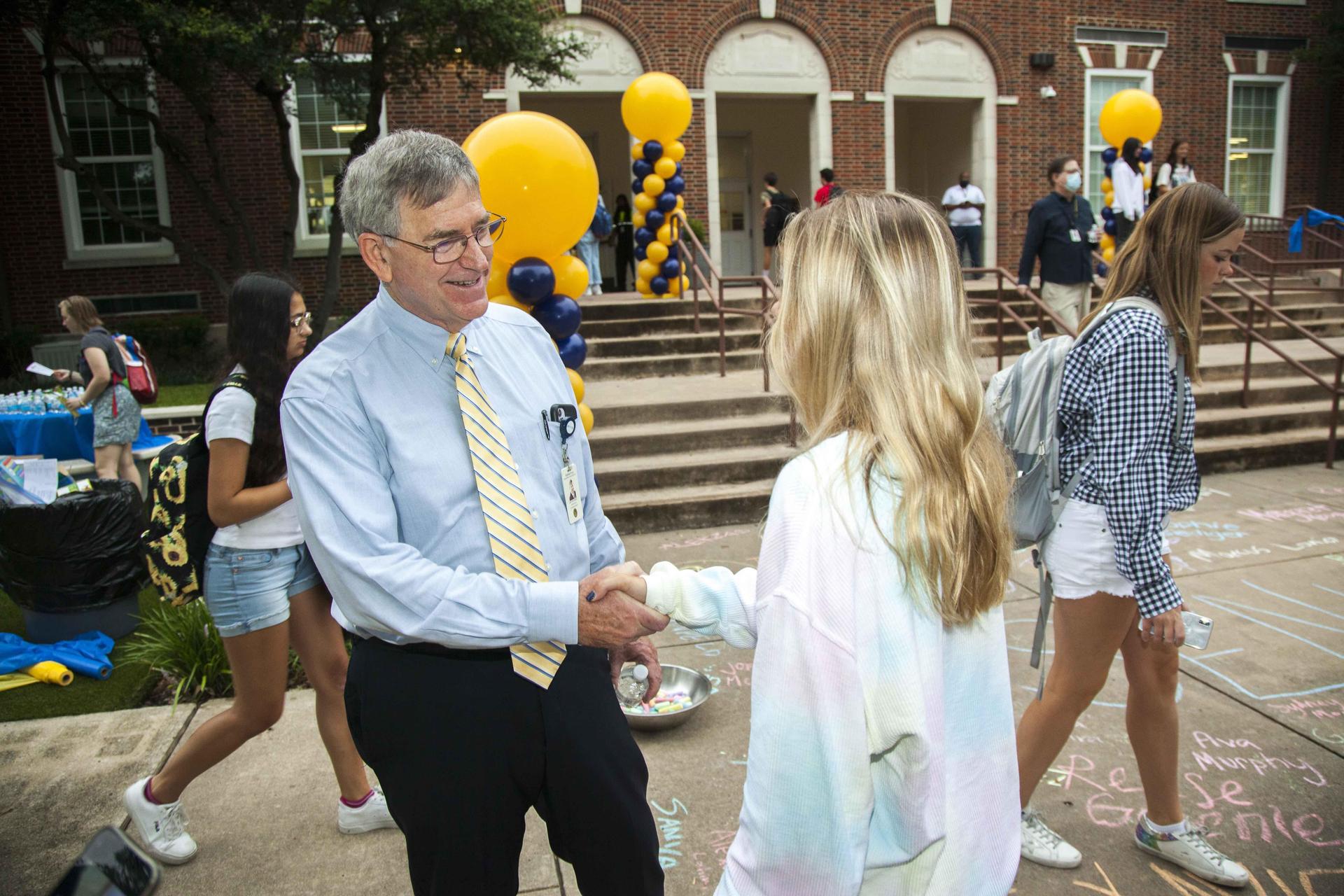 Dr. Tom Trigg is the eighth superintendent in HPISD’s history dating back to 1914. He has held that position since July 2015 following the unanimous approval by the HPISD Board of Trustees.

During his tenure, HPISD passed and implemented a $361 million bond program, overwhelmingly approved a Golden Penny Election and upgraded the district’s technology fiber network to improve internet connectivity and safety. The district also continues to exemplify excellence in academics, arts, athletics and service, winning its 13th UIL Lone Star Cup in 2022 to retain the status as the most earned by any Texas high school.

As a result of the new construction made possible by the bond program, safety and security upgrades were made at all HP schools including a new camera monitoring system, access control systems at entry points at every school, and new communication systems. Additionally, the new Clements Leadership Center was built with bond funds. It is home to the natatorium, weight room and second-floor meeting rooms that are used for board meetings, professional development training sessions and various community events. The existing tennis facility was renovated and the construction of the new Seay Tennis Center featuring three standard-size indoor courts and a junior training court were also funded through the bond.

Passage of the 2021 Golden Penny election is allowing HPISD teachers and staff to receive a record compensation increase while also decreasing the property tax rate for district tax payers to a five-year low. Separate from the bond program is the addition of the Moody Advanced Professional Studies Center at Highland Park High School, which provides high school juniors and seniors opportunities to take advanced coursework in several disciplines in a professional environment.

During Trigg’s tenure, academic performance has continued to demonstrate that students outperform their state and national peers on the ACT and SAT, and according to National Clearing House data, 97 percent of HPISD graduates return for their second year of undergraduate studies compared to the state and national average of 73.9 percent.

Dr. Trigg served as assistant superintendent of administrative services in Blue Valley Schools for eight years before being promoted to superintendent. He was also assistant superintendent and high school principal in the Gardner Edgerton Antioch School District in Gardner, Kansas, and a mathematics instructor and athletic coach in the Shawnee Mission School District in Overland Park, Kansas. Dr. Trigg received his doctorate from the University of Kansas, his master's degree in educational administration from Emporia State University, and his bachelor's degree in mathematics and physical education from Ottawa University.

Dr. Trigg and his wife, Julie, have three children and three grandchildren: Amanda, Whitney and Aaron. Amanda, a pediatrician, and her husband Steve, a senior obstetrician, reside in Amarillo, Texas with their daughter Elizabeth and son John. Whitney, a territory manager for a national pharmaceutical company, and her husband Cody, an Industrial Technology teacher and coach, reside in Miami County, Kansas with their daughter Macy. Aaron is an athletic director and basketball coach in Scottsdale, Arizona.